0
was successfully added to your cart.

The history of Eitz Chaim mirrors the history of Toronto’s Orthodox Jewry over the past century. Eitz Chaim’s metamorphosis from a one-room cheder to the multi-campus institution it is today is 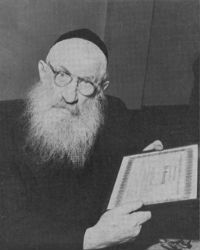 moving testimony to the transformation of Toronto from its spiritually bleak state a hundred years ago to the vibrant, world-class centre of Jewish orthodoxy it is today. 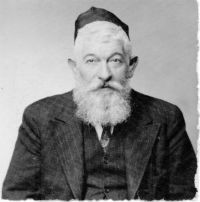 Known then as the Poylishe Talmud Torah, Eitz Chaim began with a few students in one classroom guided by one teacher. Its establishment was powered by the dreams of a few community leaders; they responded to the less than perfect education offered by the few available private teachers and to the more liberal education offered by the only other Talmud Torah existent in Toronto at the time. These forward-thinking individuals recognized that Orthodox Jewry in Toronto would not survive without a Jewish day school to sustain it.

The school’s first premises were in the Elm Street Shul. The first teacher’s qualifications were Torah learning sufficient to the task, a fear and love of G-d, and a conviction that to teach Jewish youth Torah and mitzvos was of the highest and holiest of religious duties. The books used were the siddur and Chumash and later the Gemara.

Within a year, a second teacher, Reb Leibish Noble, was hired, and he remained actively involved in Eitz Chaim for 30 years. There were now 30 students in two classes. The four-hour nightly sessions were held at the end of the regular public school day with an additional six hours on Sunday. Classes continued throughout the summer as well. 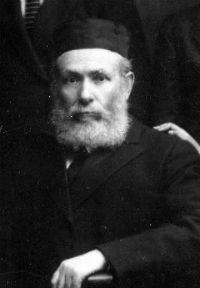 The school’s first building on Chestnut Street was inaugurated in August 1916, with additional classes held at a branch on Simcoe Street.  The second president of the school, Yosef Shidlowsky, in a move to be more inclusive of all Orthodox Jews, changed the name of the school to Talmud Torah Eitz Chaim.

In 1917, Mr. Shidlowsky, Itshe Meyer Korolnek, and Joseph Cooper managed not only to obtain a provincial charter to open a religious school, but were also instrumental in purchasing the Italian Club at 68 D’Arcy St. to accommodate the school’s growing enrollment. Thousands of people, including prominent politicians, were present at the opening ceremonies.

In 1920, Rabbi Yehuda Leib Graubart arrived from Stashow, Poland, and assumed the post of spiritual leader of the Talmud Torah. He introduced more Hebrew instruction and a more intensive Torah curriculum.

In 1926, Rabbi Pinchas Ravad became the next principal, a position he retained for the next nine years. During that time, a separate girls’ class was formed and the first female teacher was hired.  Although a fire in 1927 destroyed the wooden school building on D’Arcy St., a new, larger school was constructed on the same site and dedicated on December 30, 1927. 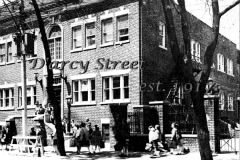 This unforeseen expense required Eitz Chaim to request financial assistance for the first time from the English-speaking, more established Jewish community. Eitz Chaim Talmud Torah’s curriculum, especially prior to the 1927 fire, offered a much more intensive curriculum than other afternoon schools, which, in addition to the standard curriculum of Hebrew, Jewish History, and Tefillah, offered a thorough grounding in Gemara. Its four-hour daily schedule plus six hours on Sunday and throughout the summer encompassed considerably more hours than existing schools in other North American cities. Even after the fire had truncated the program to two-hour classes, the emphasis on Talmud was stronger than in other schools.

After the passing of Rabbi Graubart, an evening high school yeshiva, the Maharil Graubart Yeshiva, was founded in 1939 to serve boys 14 years of age and up with Rav Yaakov Kamenetsky z”l acting as rosh yeshiva beginning in 1941. The building next door to the Talmud Torah, at 80 D’Arcy Street, was purchased to provide space for the yeshiva and was connected via a walkway to the Talmud Torah. As the students of Eitz Chaim Talmud Torah graduated from the elementary school, they would eventually attend the Maharil Graubart Yeshiva.

From Cheder to Full-Day Program

That same year, Rabbi Jacob I. Wohlgelernter became principal of the Talmud Torah. With the addition of a kindergarten in 1942, the seeds for a full-day kindergarten were finally firmly planted. Seven years later, Rabbi Chaim Nussbaum officially assumed the role of principal of Eitz Chaim Schools. Beginning with only a grade 1, new grades were added every year until grades 1 through 9 were in place. 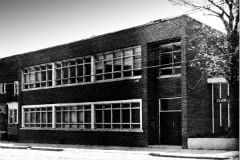 It soon became apparent that a day school in which students could be immersed full-time in the study of Torah along with the required secular subjects had become an absolute necessity. In addition, Eitz Chaim gradually broadened its scope, welcoming Jewish students from many diverse backgrounds and establishing afternoon and day classes beginning in 1950 at a branch on Burnside Ave.

To meet the growing demand for classes, the Torath Emeth Jewish Centre was established at 1 Viewmount Avenue in 1956.

With each passing year, more and more boys from the Talmud Torah would proceed to the Maharil Graubart Yeshiva, so that by 1956 the school, still in two locations, would become known as the Eitz Chaim Maharil Graubart Yeshiva, a full-fledged day school in which the Yeshiva would oversee the Jewish studies while Eitz Chaim would oversee the general studies.

Eventually, it was decided that a yeshiva high school would do better as a separate entity with a separate board. Interestingly, the location originally offered to the Eitz Chaim Maharil Graubart Yeshiva became the site of the Ner Israel Yeshiva College. 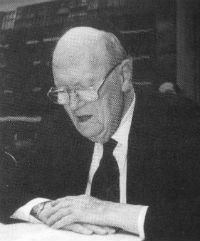 By 1958, in response to the geographical shift of the Jewish population northward, the Tanenbaum Building was added to the complex, followed by the Korolnek Building in 1961, both at 1 Viewmount Avenue. The south Viewmount building was built by Dr. Julius Kuhl z”l, and the north Viewmount building was built by Avraham Bleeman, in cooperation with Chil Elbaum z”l.  By this time, Eitz Chaim had two principals: Rabbi Nussbaum, who oversaw Hebrew studies, and Rabbi Shlomo Jakubovitz, who oversaw general studies. 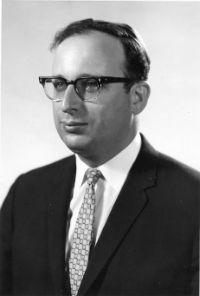 By the mid-sixties, with the Jewish population totally deserting the downtown core and migrating northwards, the two buildings on D’Arcy St. were sold in 1966 and the proceeds were designated toward purchasing a new school building to the north of the city. Rabbi Shlomo Jakobovits, Avraham Bleeman, Joe Goldwasser ybl”t and Sam Wortsman z”l led the way in persuading the Board of Directors to purchase the land at Patricia and Bathurst Streets. The school was set back from Bathurst Street in order to preserve the Bathurst Street frontage for a future development and create a source of future income for Eitz Chaim. Harry Korolnek z”l and Sam Wortsman z”l personally guaranteed the bank loan to purchase the land.

Patricia and Bathurst Streets served as the temporary location for portable units until the large, permanent building was completed in 1970. This location evolved into the boys’ campus, servicing students from all areas of the city.

Rabbi Shneur Weinberg succeeded Rabbi Nussbaum in 1969 and served as the Hebrew principal until his retirement in 1995, when Rabbi Aaron Levine took over. The position of Hebrew studies principal for the girls’ school was created in 1974 and was held by Rabbi Leibish Adler for 26 years. Rabbi Mordechai Gewirts succeeded Rabbi Adler in 2002 and was principal of the girls’ school until 2012. Eitz Chaim Schools developed rapidly and acquired an excellent reputation among North American day schools.

It was only a matter of time until the community’s expansion necessitated the construction of another campus so far north that Eitz Chaim’s founders would surely never have envisioned its existence. The Spring Farm campus, named for the farm formerly on that site, opened its doors in 1988.

This modern edifice provided the setting for a state-of-the-art education for Orthodox girls living in the north of Toronto’s Jewish community.

Currently, Eitz Chaim serves primarily as an elementary educational institute under the expert guidance of Rabbi Shlomo Schwartz. More than that, Eitz Chaim has become a community legacy, through which generations of Torontonians have been educated. Many of its 950 currently enrolled students are the children and grandchildren of former students—and former students’ great-grandchildren are seen more and more on its enrollment lists. Thus, Eitz Chaim has become an institution, which is self-perpetuating—yesterday’s graduates have become today’s parent and grandparent body. Eitz Chaim looks forward to the students of today becoming the parents of the Eitz Chaim students of tomorrow.